It is twenty past seven right now.

Thank you very much for your company, Anna here with you through until 10 o’clock today.

So we’ve been chatting about hoarding and the fact that more and more people are needing help with hoarding.

I think it’s safe to say that many of us have felt pretty anxious or certainly more anxious since the start of the coronavirus pandemic.

And in the last  18 months, more people are seeking help for hoarding issues and that’s obviously linked to anxiety, so, what is it?  how can we get help?

Well, we’re chatting about certainly more than just needing to declutter or, you know, me buying too much stuff from a charity shop.

We can talk now to Dr. Stuart Sadler, who’s a Clinical Psychologist, from Newcastle Psychologist and Counselling Clinic.

Thanks ever so much for being with us this morning, Stuart.

Yeah, lovely to chat – so just explain what it is, Stuart, because I think a lot of people don’t fully understand what hoarding is.

Yeah, so I think to a lot of people hoarding it’s… it’s just about collecting things isn’t it? A lot of people think it’s people who have too much stuff but hoarding is actually quite a big problem.

There can be a big accumulation of them around the home and it can actually lead to quite a few problems and dangers around the house.

It’s almost a sort of a compulsion isn’t it really?

Which is very difficult to break…?

Yeah, absolutely. You know, I mean…  it did it used to be considered to be linked quite strongly to OCD and there is still quite a lot of overlap with it, but more recently, hoarding disorder being considered as something in its own right.

Why and how is it linked then to lockdown and the coronavirus pandemic?

How and why do you think it’s gone up so much?

We saw quite a big increase especially at the beginning of lockdown.

And some of it seems to be that one of the big triggers for it can be about stress and lack of control.

What are some of the items that people tend to hoard?

Because it’s not, I mean, it’s really were saying, you know, it’s not just going out and panic buying loo roll.

It’s, you know, it’s not it’s not about that, is it…  So just tell us about what some of the items are that you’ve seen and had experience of?

Yeah, it’s quite an interesting one because hoarding, it can be pretty much about anything that is collectible.

So I’ve seen it quite a lot with newspapers tend to be the classic one but it can be with clothes, or shoes,

It can be packaging. It can be rubbish… litter.

And you mentioned it can be dangerous

I mean for the animals but in different sort of forms of hoarding, just talk to us about the dangers involved in it.

Yeah, well for the individuals themselves the house can become so cluttered… I’ve actually been in people’s houses where it’s difficult to open doors.

So obviously there’d be a fire risk and related problems.

Some people who tend to experience hoarding tend to be older people who might have an increased risk of falls already.

So it can be a problem there… there can be injury from items falling over.

It can cause family conflicts as well, you know, and loneliness and social isolation because of the shame or embarrassment that might come from it.

It’s quite interesting, I mean, this is purely anecdotal and I do know a couple of people that have suffered with this and one of the things that they find very hard is leaving the house and that’s not to do with not being able to get out.

That’s just I guess it’s just to do with sort of almost like an agoraphobia – a fear of leaving.

Yeah well… hoarding is considered an anxiety disorder as well.

So it’s not uncommon for it… It’s actually more common for it to present with other things as well as just the hoarding behaviour.

And is there hope, finally Stuart, just tell us there’s a bit of hope.

Yeah. Absolutely. It’s something that can be treated quite effectively with Cognitive-Behavioural Therapy, and there are other therapies like Acceptance and Commitment Therapy, that are looking really promising, and being able to help with it.

For anyone who’s having trouble the best approach really is seeking counseling, or seeing a therapist to help.

Yeah. Absolutely. And if you do that, you’ll get your freedom back… Stuart, really nice to chat to you.

Thank you very much for talking to us. If you have got any experiences of this as well.

It’s always really good to hear it, you know, from the horse’s mouth.

To hit to hear your experiences 81 treble 3, start your messages with BBC. It will be great to hear from you.

For Further Therapy or Counselling in Newcastle

If you are concerned by any of the issues raised, or any other aspect of your mental health, contact us on 07966 645198 or using the box below to see if we can help. 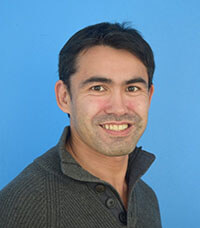 Get Online with Therapy

How Our Counselling Services in Newcastle Can Help

You can find out more about which cookies we are using or switch them off in settings.

This website uses cookies so that we can provide you with the best user experience possible. Cookie information is stored in your browser and performs functions such as recognising you when you return to our website and helping our team to understand which sections of the website you find most interesting and useful.

Strictly Necessary Cookie should be enabled at all times so that we can save your preferences for cookie settings.

We use SoundCloud for audio streaming.  For more information, please read the SoundCloud Privacy Statement.

If you disable this cookie, we will not be able to save your preferences. This means that every time you visit this website you will need to enable or disable cookies again.